Crew members, production and facilities companies and industry bodies have been busy during Lockdown preparing for safe ways of working as we start to get ready for location and studio shoots to restart.

It’s clear that the fewer people on set the better, allowing as much space as possible between those attending shoots, with clients and creatives able to view camera feeds from their home or office. I’ve been doing some research into the options currently available for remote viewing of camera and playback feeds.

The easiest, and cheapest, option is to use Zoom to share the camera’s output via a recorder to a Zoom meeting; check that your DIT has the right equipment for this. Earlier concerns about general security have been addressed by Zoom’s version 5.0 update.  Zoom claim that their meetings are now fully encrypted. If that’s the case, it immediately becomes a less risky option than it was back in May.

For projects that require a pristine view of the camera feed as well as encryption, I have found three options.

Although a new entrant to the market, Remote Filming was in development long before the pandemic, as founders Yanina Barry (Executive Producer, Owner of Good Films) and Alex Seery (Digital Workflow Supervisor and Co-Owner of Hijack Post) saw a need for a straightforward solution that didn’t need expensive hardware or crew. It does, however, require a dedicated Mac laptop and a capture card such as Blackmagic Ultrastudio Mini Recorder.

The image can be sourced direct from camera or via video assist connected via Ethernet or 4G Mobile Hotspot 4G router. The stream is fully encrypted. The image is viewable by an unlimited number of authorised viewers. Users are provided with encrypted access keys to log in through a private portal using their internet browser. Once logged in, the images and audio from set are transmitted live in real-time. 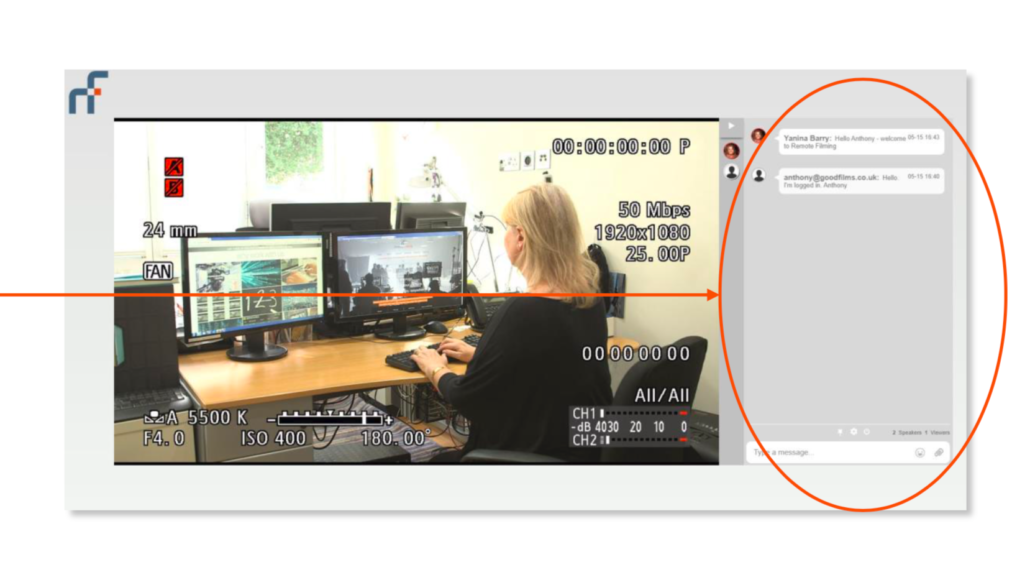 Multi-camera shoots can be with any video assist/playback system or up to 4 cameras can be viewed using the Blackmagic Multiview 4 HD box.

It is the only solution to have a live text chat window next to the viewer window. The latency is below half a second and Remote Filming offers 24 hour technical support.

The cost per day is $1000 (or sterling equivalent) with unlimited data and unlimited viewers.

Clearview Flex is a solution from Sohonet, which for many years has provided the network and tools for superfast high end post-production collaboration.

Sohonet supply a piece of hardware called a Clearview Flexbox. This is connected to the internet via an ethernet cable. Your camera or playback op’s laptop is connected to the box and the output is encrypted via Sohonet’s cloud. On the standard package only five people can view the output. This can be increased to a maximum of twenty people, with an additional 20% monthly cost. Viewing can be on computers, mobile devices or even via an Apple TV app. It has very impressive latency, with only a six frame delay and watermarking of footage being played for added security. Here’s a description of how Clearview can be used in practice.

There is a £400 Installation Fee (currently guided remotely), an annual fee of £900 and a monthly usage free of £975, although this offer expires on June 30th. This seems to be a great solution for long-form and TV series shoots as multi-week shoots would make it great value for money.

The Flexbox is portable, weighing about 3/4kg. On location, it could be fixed into a 1U Peli case, it just needs to connect to a (4G) router, power and the source video.

For a long time QTake has been able to send output to computer and mobile devices in a studio or on location via wi-fi. It’s now possible to stream encrypted footage to clients and collaborators unable to attend shoots using QTake Cloud.

This service is Mac iOS only and can be viewed by up to 10 people, with a four frame delay – although the delay can be up to a second with a weak wi-fi internet connection. Video and audio is streamed in smooth HD and can stream up to 8 x Cameras simultaneously. One company supplying this solution in the UK is RSVP London. They would come to set, and on top of standard APA rates for playback operator and QTake Camera package, they’ll use the Qtake software which streams over 4G to anywhere in the world. 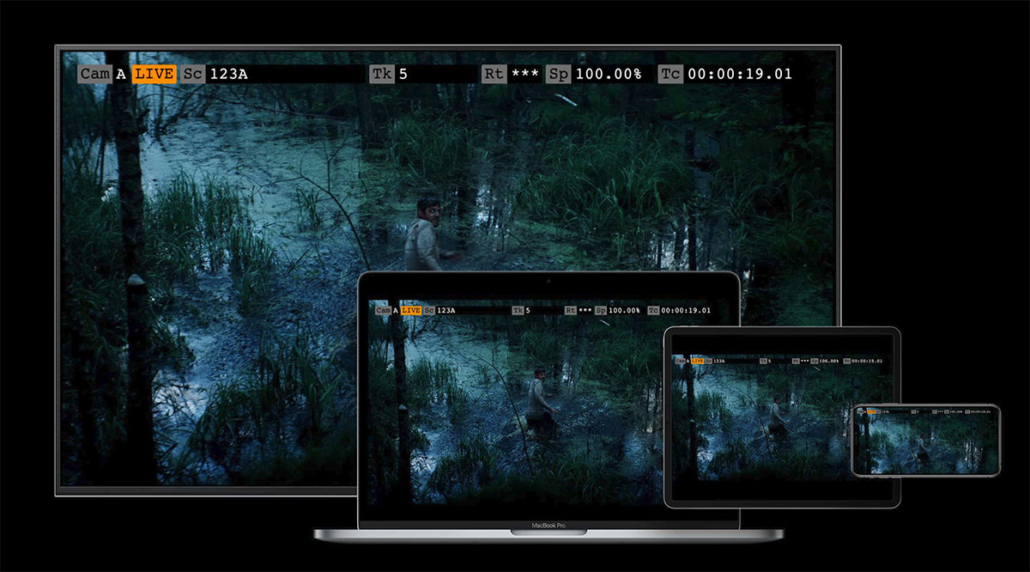 Some shoots require remote viewing by clients on PC. RSVP are able to provide this using a Teradek system, which can also stream over 4G to an unlimited number of Mac or PC users. There is a longer delay of up 20 seconds when viewed on a computer, but only a small delay when viewed on a phone/tablet using the Core TV app. Andrew Spindle of RSVP tells me that in practice the delay hasn’t been an issue and that even if the director is viewing remotely, there is normally a First Assistant Director on set, which removes the potential for disconnect when a director calls “Action” as that will be left to the 1st AD. Email RSVP to the daily cost of the streaming element.

Capture One 20 is the default tethered image capture software for stills photographer. It has had the capability of sharing images on the same wi-fi network for a few years. It’s now possible to view remotely from anywhere in the world. Remote host viewing instructions can be found here and a video showing Capture Pilot app is here I As I understand it, it’s free to use from registered users of Capture One.

Finally, Andy Carroll of The Elements Music & Sound told me about an app that enables him to collaborate with musicians and clients from his home recording studio. It’s called Audio Movers and costs are eminently reasonable $99.99 per year.

Don’t hesitate to contact us at the studio and we’ve built a webpage that details our COVID-19 strategy.

Want to join the discussion?
Feel free to contribute!