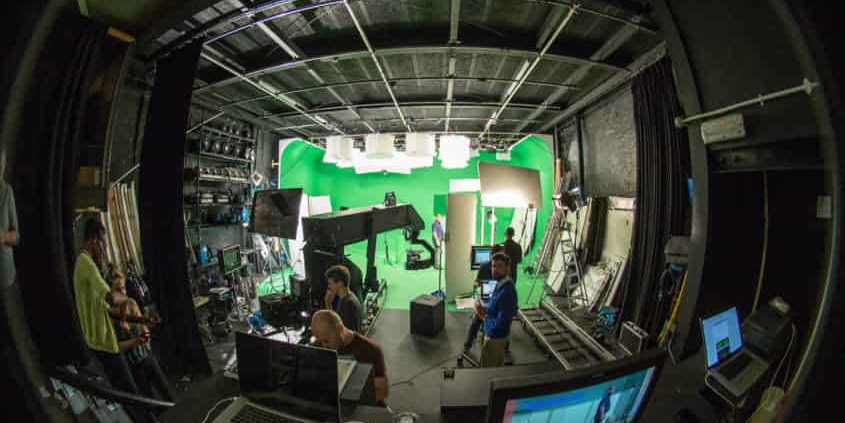 It all sounds very mystical, appears like an expression from a H.P Lovecraft novel and still has the ability to make most producers shudder when mentioned. However, the ‘love affair’ I speak of is with Motion Control.

We are all aware of the legends and urban tales that go hand in hand with this beast (having been there on one or two myself). Days lost and budgets blown in cold dark studios. Compare this to the modern comfort of sitting in a gorgeous boutique suite in a facility in soho watching some amazing CGI unfold and develop into a pure thing of beauty and magic. It’s a ‘no brainer’ …

However, I still love Motion Control! This is not to knock the wonders and ability of computer graphics, which continues to blow my mind on a daily basis, nor am I some technological luddite who bemoans the ‘good old days’ of the narcotic-fuelled 1980s (fun though it might have been).  I am a man who worked in celluloid and loved film, but moved quite happily into the digital world with never a glance backwards.

The simple fact is that sometimes you need a precise camera move from Point A to Point B, and to be honest nothing else will do.

I am slightly biased; I was hooked when, as a runner starting out at Central Television in Birmingham in the early 90s, I first saw the Rutger Hauer ‘Guinness’ commercial, which was shot at ‘Telecine Cell’. Anyone who remembers the charm and genius of that spot may feel the same way; it simply blew me away and I was totally hooked. I went down to London almost immediately and found a job in a Motion Control Studio and was still there ten years later. As you can see my love affair with Motion Control has not been without a long period of courtship over the years.

Things have definitely moved on over the last twenty years and for the better. Nobody wants to be doing repeat passes and matte runs at 2.00am on a Friday night / Saturday morning. Although the overtime is nice, most of us now have better things to be doing (like sleeping personally speaking). Fortunately, modern target tracking software and compositing have largely negated this specific need for Motion Control and helped free this tool creatively.

The Milo is now a far more versatile and dependable beast and with the evolution of The Bolt high speed rig we are seeing some amazing high-speed camera sequences that have completely re-energised this tool. Ironically, this system has become an adaptable and cost-effective solution. Simply put, when a producer at a large agency needs ten product shots in a day – producing a sequence starting on a beautifully lit bottle label, pulling back to reveal a whole product range in a room set, in a limited screen time of 100 frames (and on a 90mm macro lens) – there is probably still no in-camera solution available to achieve this cost effectively and without descending into madness.

Armed with Motion Control and a good operator I would say “Just Bring It!”… And let’s throw in that beautifully placed droplet of water running down the bottle at the start of this sequence just for good measure to impress the client – because we can! Also because maybe I am a little OCD like that – although who wouldn’t be OCD having worked in a Motion Control Studio for ten years…

What We’ve Been Up To – Part One
Scroll to top